KDD 2017: An international Success for Both Experts and Students 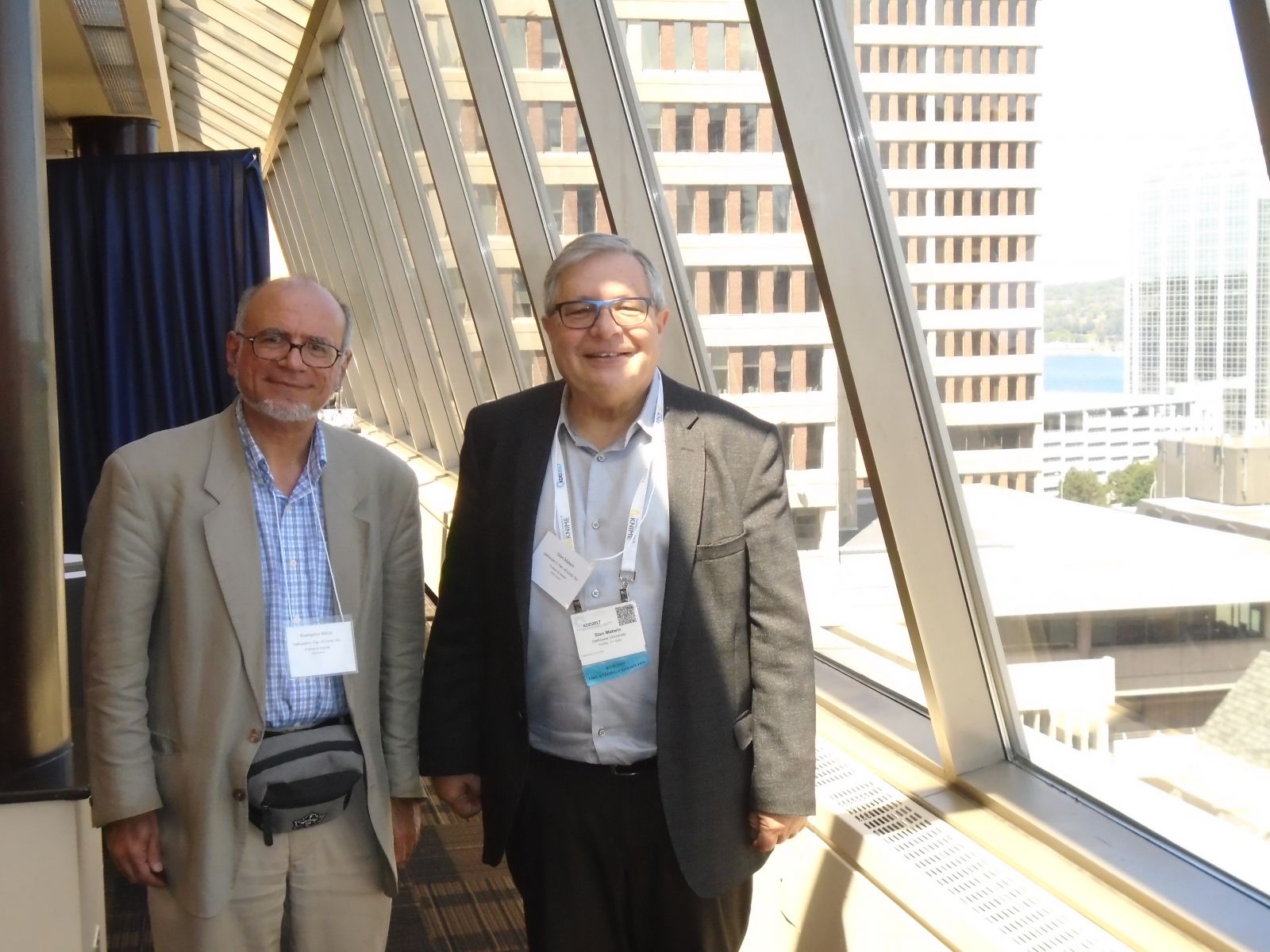 In August the world’s premier interdisciplinary conference on data science, data mining, knowledge discovery, large-scale data analytics, and big data, KDD2017, came to Halifax, chaired by Stan Matwin, Director of the Institute for Big Data Analtyics in collaboration with Shipeng Yu of LinkedIn and a team of organizers including Local Chair Evangelos Milios. This was no small accomplishment; the conference has typically been hosted in some of the biggest cities in the world, including Beijing, Sydney, New York and Paris. Being invited to host this year’s conference was a significant recognition of the strength of our team in this field and the strength of the proposal they had put forward. It was also a big event for the city of Halifax and the Province of Nova Scotia. In his opening remarks Mayor Mike Savage conferred upon Stan and Evangelos the honorary title of Ambassadors for the City of Halifax. As the conference progressed researchers in both academia and industry in this province benefited from access to the latest research and the leading pracitioners in the field.

For 5 days over 1600 participants from 51 countries met for a wide range of activities and networking opportunities. This was the largest KDD conference held outside of the United States and the third largest overall, after KDD2016 in San Francisco and KDD2014 in New York. It was held at the World Trade and Convention Centre on Argyle Street, with the largest events taking place in the Scotiabank Centre and the Cunard Centre on Marginal Road.

The conference continued its tradition of a strong tutorial and workshop program on leading issues of data mining during the first two days, including some hands-on tutorials on practical data science tools. The last three days were devoted to contributed technical papers, describing both novel, important research contributions and deployed, innovative solutions. An outstanding lineup of industry speakers shared their expertise in deploying industrial data mining solutions. Three keynote talks, by Cynthia Dwork, Bin Yu and Renée J. Miller touched on some of the hard, emerging issues before the field of data mining. A KDD panel brought together industry experts to discuss the future of artificially intelligent assistants. There was also a “Meet the Editors” Panel – to make KDD researchers aware of the academic journal opportunities for publishing. And a new feature this year was the series of “Meet the Experts” sessions – informal roundtable meetings where graduate students and early career researchers could discuss research programs and career development plans with established experts.

Recognizing the importance of student participation, KDD2017 awarded a record amount of $145,000 to support student travel. Students were also offered the opportunity to work at the conference, doing a range of essential tasks such as working at the registration desk, putting swag bags together, helping with events, or helping delegates to find their way around. In exchange for 8 hours of work, free access to all conference activities was provided. Some 40 graduate students from at least three Nova Scotia universities took this opportunity to participate in the conference. Many students also benefitted from the Broadening Participation in Data Mining (BPDM) workshop, receiving mentoring in how to more effectively pursue their ambitions in the field. Zahraalsadat Alavizadeh, currently doing a Masters in Electrical Engineering at Dalhousie, spoke to industry representatives about trends, job requirements and how to beome more eligible to employers. The Google mentor helped her to format and optimize her CV. She left with a fresh idea about changing her field of study to Computer Science for her PhD. Another Dalhousie student, Sara Khanchi, currently working on her PhD in Computer Science was given helpful advice on how to present a pitch to others and gained some valuable insight into the issue of whether to pursue a career in academia or industry.

Some of the research presented at KDD2017 has already begun to receive attention in the media. IT World Canada mentioned a research paper on embedding based online local event detection in geo-tagged Tweet streams. Business Insider published a feature on the presentation from Amazon Labs researchers on their work on an algorithm that can learn about styles from images and recreate similarly styled garments from scratch. The Daily California and Berkeley News highlighted the presentation by UC Berkeley student Rebecca Portnoff on her creation of two algorithms aimed to scan through online sex advertisements and identify human trafficking circles. ZDNet profiled the analogy gap research conducted by Carnegie Mellon University researchers and presented at the conference.

Halifax has proven itself to be ready to host premier international events in the high tech area; it is hoped that more such world-class events will follow. KDD2018 will be held in London, England, in August, 2018.